NEWS ON EXHIBITIONS:
Haris Epaminonda exhibition with sound from PWHMOBS. Check it out if you are in New York, USA:

For her first solo museum exhibition in the United States, Berlin-based artist Haris Epaminonda (b. 1980, Nicosia, Cyprus) constructs a world based on connections between a three-channel video projection—part of her work titled Chronicles (2010)—and a museological-style installation of antique pottery, columns, plinths, niches, and pictures culled from old magazines and books. Among the books are travelogues about archeological sites that are visually related to one another but separated by centuries of history.

Composed of short Super 8 films (transferred to video) that the artist shot over several years, Chronicles eschews narrative in favor of fragmented images that probe the nature of time and assert the permeability of memory. One film shows ancient artifacts from different cultures either isolated against colored backgrounds or in images torn from the pages of an art history book, subtly animated by the slight motion of the handheld camera. In another film, views of the Acropolis exude a twilight state of entropy or decay. The third film simply portrays a pair of superimposed palm trees flickering in the wind amid a barren landscape, remnants of a civilization in decline. The artist enlists a range of techniques, from long takes and unedited footage to fast cuts, narrative rupture, and intensified color. Because the films are looped and of varying lengths, the image combinations do not repeat. A soundtrack of mixed instrumentation and natural sounds by the band Part Wild Horses Mane On Both Sides provides an acoustic link between the three projections. The moving images, in turn, inform the sculptural installation, creating a three-dimensional audiovisual montage that cuts across temporal and geographic borders.

The Elaine Dannheisser Projects Series is made possible in part by The Junior Associates of The Museum of Modern Art.

Past exhibitions with Haris:

The SCHIRN presents a solo exhibition of the young Cypriot artist Haris Epaminonda’s work. Her production is essentially determined by the collage technique which she has extended by combining pictures, films, photographs, sculptures, earthenware vessels, pieces of woodwork, Chinese porcelain, antique figures, and other found objects from a wide range of sources to complex installations. Epaminonda deliberately avoids all references to her objects’ date and place of provenance and meaning. The viewer is rather thrown back upon himself and his own associations.With sound from Part Wild Horses Mane on Both Sides. 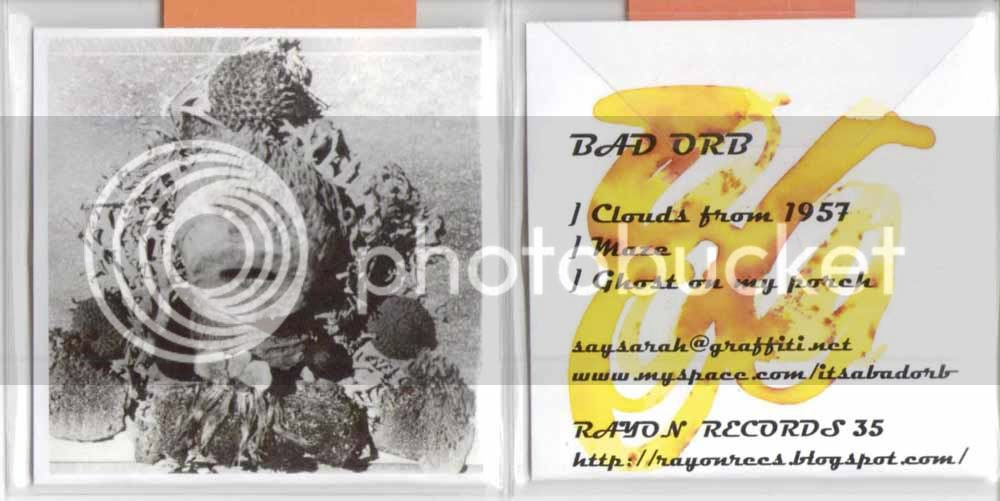 All the way from the well know Spa town in Germany, BAD ORB is the solo experimentation of Sarah Albury ((Jettatura, Polly Shang Kuan Band)). This radiant release invites us on board a pursuit into the crags of the earth; the use of persistent loops of alluring unidentifiable vocals, accompanying Albury’s own vocals, creates a sublime and disorientating spheroid energy. All the length of the 3 pieces on this release there are tactile rhythmic loops that exchange organically. Transporting!